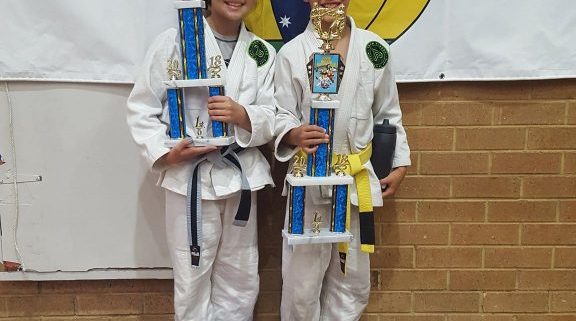 Team Perosh Mixed Martial Arts have been competing and winning in BJJ (Brazilian Jiu-Jitsu) around the country in Sydney and Byron Bay.

Congrats to Team Perosh student Axyl Howie on winning a gold in nogi and silver in gi at the Byron Bay BJJ Open on Sunday 4th March. Well done Axyl!

Team Perosh had 4 students win 3 gold, 1 silver and 1 bronze medal at the IBJJF Sydney Open on Sunday 18th March in Sydney. Frances Bavaro won double gold, Rebecca Beuk won a gold and bronze and Mason Elias won a silver medal. Congrats to Ben Adams who made his debut in BJJ competition. Well done to everyone who competed!

On 25th March Team Perosh competed in the Australian Girls in Gi BJJ competition and the ISKA NSW Open in Sydney. At the AGIG Frances Bavaro won gold, Amelia Roufas won double gold and Jayda La Fleur won gold. And big congrats to Emma Hunt for competing. Only gold medals were awarded at this event. At the NSW BJJ Open Damian Iacono and Natasha Iacono each won a gold medal. Well done to everyone!